Hey everybody, I hope you all had a good week!

Since it was my birthday this week, my brain has been all over the place, and writing just hasn’t been coming as easily to me as it has in previous weeks. So for today’s post, I’m going to dump a few creative things that I’ve done recently, like my photos for the Eclectic Erin Instagram page, and a post that I wrote on Prose.

BUT, in other news…

I finished editing my story this week!

I also want to throw in some pictures that I was planning on using for Instagram, but chose to use another instead. I still love these pictures though, so here they are! 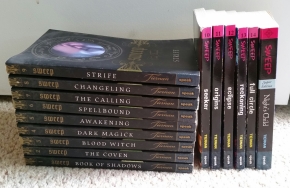 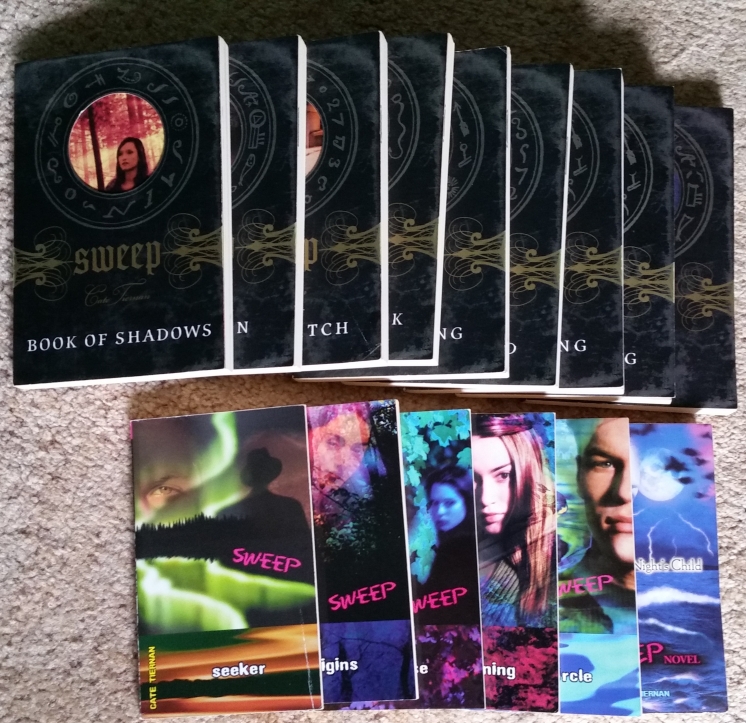 This last set of pictures is from when I wrote my post about the Sweep series by Cate Tiernan (Which you can check out right here: Series Highlights: The Sweep Series)

Otherwise… I wrote a couple of posts on Prose this week, which I haven’t done in a really long time. One of them is a response to a challenge, but the other is my attempt at a flash fiction horror piece, which I’m going to post right here:

He shot up out of bed from a restless sleep. The man’s senses are more acute than from the sudden wake up call. His eyes follow the black shadows dancing along the wall, his ears picking up the slightest creak from the house settling. After a few minutes, he shakes his head, his heavy eyes drifting close until he hears it again.

This time, he reaches for the baseball bat underneath his bed, grabs the flashlight next to his bed and creeps out of his room, careful to make no noise. He makes his way down the hall of the apartment, stopping at the bathroom, and shining the flashlight inside. Finding no one, he keeps going. Finally, he reaches the living room passing his flashlight along every wall in the room, so nothing is left hidden in the dark.

Only the kitchen is left unchecked.

The man gulps, and heads to the kitchen with the flashlight held out in front of him. Before he makes it there, a figure passes in front of the beam of light. The man yells, holding up his baseball bat in defense. The figure pays no notice, instead shoving past the man. He’s caught off guard, falling back against the wall. The figure yanks the door open, rushing into the moon light. The man follows the figure outside of the door.

Standing in the light of the moon with his door standing wide open behind him, the man turns to each side, holding the baseball bat up in two hands. The man finds nothing, and closes the door behind him, locking it and the dead bolt above the doorknob. After a moment, the man sighs, and heads back to bed, until a rustle from his front door catches his attention.

On the floor by the door is a note.

The man heads back to the door, picking up the note and reading it.

Thank you for the food, I’ll be back soon!

No name is signed, and the man crumples it in his hand, then throws the note away. This time, he checks every window in the living room and kitchen before heading back to his room.

In his room, the draft from his open window alerts him to the figure standing inside his room, waiting by his bed. The man turns to escape, but this time, the figure overpowers him, dragging him into its shadows and silencing his screams.

If you want to check out more of my posts from Prose, here’s the link for that: https://theprose.com/ennord

That’s about all I have for today, thanks for stopping on by, and I’ll be back on Tuesday with a new post!

Have a good weekend!