Hey everybody and happy Friday!

I was having a tough time thinking of what to write for today, so I thought it would be fun to try out a book tag! I haven’t done one yet, and after doing a quick search, I found this Disney Book Tag on the “Reading, Reading, Reading” book blog by Alyssa Cohen, which I’ll link right here:

It looked like something fun to try out, plus as you’ve seen from my past posts about visiting Disneyland (I visited during Halloween time and during the summer also), I’m a fan of Disney… so without further ado, let’s get into the tag!

#1. The Little Mermaid – A character that is out of their element, a “Fish out of Water”.

This one is kind of obvious, but Anise from Girl Out of Water by Laura Silverman. Anise is forced to spend her summer in Nebraska, which after living in Santa Cruz her whole life and being a surfer, this whole situation is a living nightmare. Before she learns more about herself and the world around her, Anise feels out of her element since she’s never left Santa Cruz in her life.

#2. Cinderella – A character that goes through a major transformation. 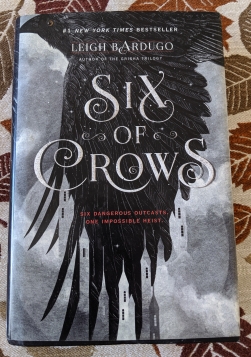 #3. Snow White – A book with an eclectic cast of characters.

“A convict with a thirst for revenge

A sharpshooter who can’t walk away from a wager

A runaway with a privileged past

A spy known as the Wraith

A Heartrender using her magic to survive the slums

A thief with a gift for unlikely escapes”

For this one, I would say the main characters from the Six of Crows is pretty eclectic. We have six characters from completely different backgrounds, and all ended up in Ketterdam for different reasons, coming together to complete what has been deemed “an impossible heist”. 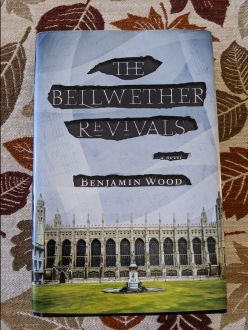 #4. Sleeping Beauty – A book that put you to sleep.

The last book I DNF’d, The Bellwether Revivals. I’ve talked about this plenty in this blog and this one, but basically, I didn’t have any interest in the characters, and the story dragged on for me. Each chapter was around 20 pages, which at that point, I was forcing myself to get through each chapter, so it really felt more like 40 pages. 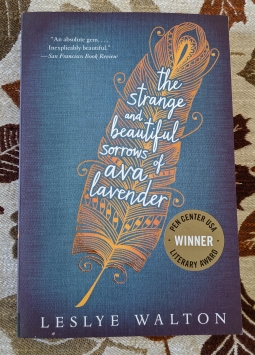 #5. The Lion King – A character that had something traumatic happen to them in their childhood.

My answer for this would be Vivane from The Strange and Beautiful Sorrows of Ava Lavender. As it’s been awhile since I’ve read this book, I don’t want to say anything that would spoil the story, but the trauma from Vivane’s childhood results in her keeping her children, Ava and Henry, housebound and away from the world that has hurt her. 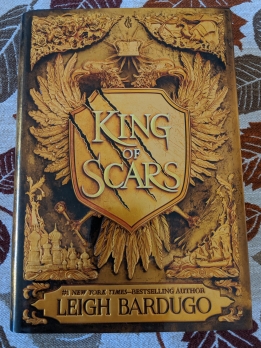 #6. Beauty and the Beast – A beast of a book (a big book) that you were intimidated by, but found the story to be beautiful.

Since I can’t think of a big book, I’m going to go with King of Scars by Leigh Bardugo. Even though I had read Six of Crows before, I never read the Grisha trilogy, so when I realized that a lot of what happens in King of Scars revolves around the events in the trilogy, I was afraid I wasn’t going to like it since I had no idea what they were referring to. However, I enjoyed King of Scars a lot, and it prompted me to read the Grisha trilogy, which helped make sense of some references made in the book.

#7. Aladdin – A character that get’s their wish granted, for better or for worse.

Kendall from The Accidental Bestseller by Wendy Wax. Kendall’s publisher is losing hope in her ever becoming successful, and her current WIP is her last chance to save herself from being completely pushed aside by her publisher. Her friends help her with writing the novel… and it ends up becoming a bestseller. Drama ensues as they try to keep their secret, because it could be the end of their careers, and maybe even their friendship if the truth comes out. Kendall just wanted to save her career by writing a good book, but unfortunately, there may be some unforeseen consequences to her wish.

#8. Mulan – A character that pretends to be something or someone they are not.

As I just finished reading The Girl In the Tower, the obvious choice for me would be Vasya from the Winternight Trilogy. She sees and believes in things that most people believe to be fairy tales, and doesn’t want to live the life of a Russian maiden, which ultimately leads her to disguise herself as a boy so that she can travel. It’s funny, because when Vasya first disguised herself as a boy to go travel, my first thought was about Mulan, which is also why she’s my answer for this question 🤣 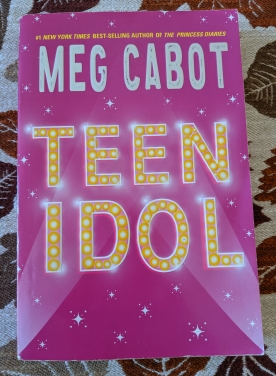 #9. Toy Story – A book with characters you wish would come to life.

I was having a hard time with this one, but my final answer is Evelyn Hugo from The Seven Husbands of Evelyn Hugo. I definitely think she is a morally ambiguous character rather than an villain, as she tries to juggle her trying to be successful in her career, and being there for the ones she loves. As she tells her story to Monique, there are times when you sympathize with her, and other times when you wonder how she could do the things she did to become successful. Even then, there are choices she makes in order to protect the ones she loves, even if it isn’t what would be considered the “right” choice.

That’s all I have for today’s tag, thank you Google and the “Reading, Reading, Reading” book blog for putting this Disney tag on my radar! It was fun to do, and if anyone else wants to try it, I say go for it!

Thank you all for reading, and I hope you have an awesome weekend!

One thought on “Disney Book Tag”