Hello everybody, I hope you’ve had a good week!

Recently, I’ve been reading King of Scars by Leigh Bardugo (which you may already know if you follow me on Instagram and GoodReads 🤣), but this is not where my love of Leigh Bardugo’s writing started.

It all started with Six of Crows. 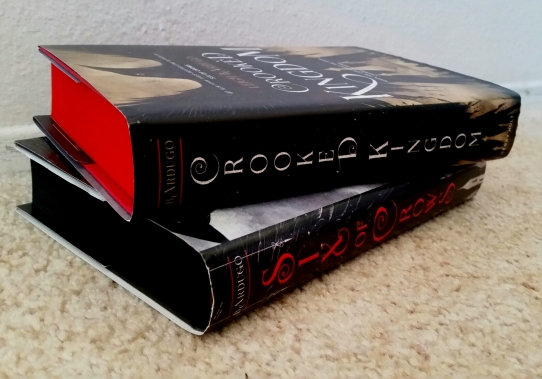 For those of you who don’t know what Six of Crows is, it’s a fantasy duology following a group of six outcasts who are hired to pull off an impossible heist. It is set in the same universe as the Grisha trilogy, but it’s one of those series where it’s okay if you haven’t read the trilogy before reading Six of Crows.

I first heard about it back in 2016, as it was hyped on BookTube, A LOT. It still is fairly well liked and talked about, but not to the extent it was back then. During this time, I was working at Target, and I decided to splurge a little and buy myself the first book (gotta use that employee discount after all 🤣). If I’m going to be honest, though I was interested in the story, what really sold me was how the hardcover version of the book was designed, I especially love the black spray painted edges.

Then I started reading it, and I couldn’t put it down.

I was taken in by the first page, following the lives of the characters as they went through with this dangerous heist. For me, I love the way Leigh Bardugo writes these characters, as I’m invested in them, and either love them or hate them, I had strong reactions to them either way. It was the first time in a long time that I had such an emotional reaction to any book (especially when I was reading Crooked Kingdom, that was quite the experience, let me tell you 🤣), and I was hungry for more from Leigh Bardugo. 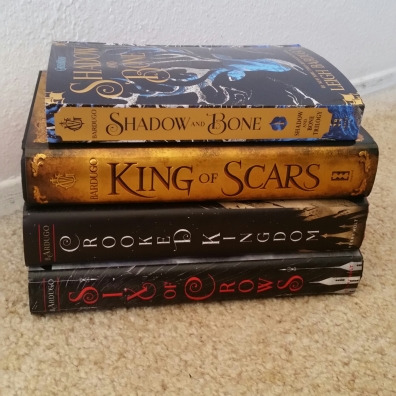 I was looking into picking up the Grisha trilogy after finishing Six of Crows and Crooked Kingdom, but after the mixed reviews, I had decided against it and was willing to wait for her new books to come out. When I started reading King of Scars though, there were so many references to events that happened in the Grisha trilogy, that I decided to pick up the first book at least, to see if I would like it. I haven’t read it yet, but I probably will start reading it pretty soon.

This duology has turned me on to Leigh Bardugo’s writing, and now I’m also waiting in anticipation for her new book Ninth House release. Ninth House follows our main character Galaxy “Alex” Stern, a twenty year old from LA who was raised by a hippie mom and has had multiple sketchy boyfriends.  Most people thought that Alex had thrown her life away, but when she’s the sole survivor of a multiple homicide, she is given the chance to attend Yale University to monitor the eight secret societies there. It definitely will be interesting to see how she writes a story outside of the Grishaverse, but I am excited, nonetheless.

I hope you enjoyed me rambling a bit about Six of Crows Leigh Bardugo, because I’ve been thinking about all of this recently, and just wanted to write it out. 👍

Thank you for reading, and I hope you have a wonderful weekend!

One thought on “Series Highlights: Six of Crows Duology”