Hello there! Welcome back to Blog Everyday in October!

I don’t know if you can tell, but I’m really excited about all of this 🤣 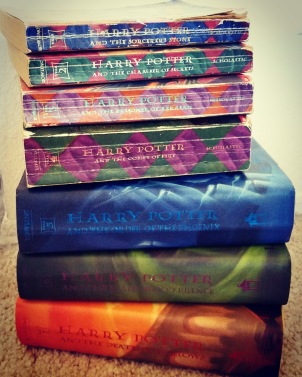 This past weekend, I finished re-reading Harry Potter. I did this mostly because I could not tell you the last time I re-read this series, and I wanted to see how much I remembered from the books.

Specifically in the Half-Blood Prince, I remember the major plot points, but there are a few details I forgot about. For example, in the first chapter the Prime Minister and Cornelius Fudge held a meeting discussing recent events wreaking havoc across England. I also forgot about a couple of characters introduced in the book, such has Professor Horace Slughorn and Rufus Scrimgeour.

Anyways, for today I want to write about ideas I’ve had for Harry Potter spin-off stories.  These ideas would be interesting novella ideas, or even short stories, in my opinion.

The Adventures of Sirius and Buckbeak

After Buckbeak and Sirius escape from their executions, and until they end up living in the mountain cave near Hogsmead, I’ve been wanting to know where exactly they’ve been. How have they managed to evade capture? What have they been doing to disguise and hide themselves?

In Goblet of Fire, there is mention of Sirius being in tropical locations, as can be deduced from the tropical birds he used to send Harry letters. So where was he?

So many questions, and so few answers!

The Summer of  Tonks, Hermoine and Ginny

The summer before Harry’s fifth year at Hogwarts, the Order of the Phoenix is reunited to fight against Voldemort. While Harry didn’t spend a majority of his summer at Grimmauld Place, Tonks, Ginny and Hermoine seemed to have bonded a lot in their time together. This can be seen in the dinner scene when Harry first arrives at the Order of the Phoenix’s headquarters,

Throughout Order of the Phoenix, Hermoine also kept referencing to things Ginny confided in her during that summer at Grimmauld Place.. It would be fun to see what they were up to, especially as we don’t get to see a lot of the girl’s perspective on the events in Harry Potter, since it’s mainly from Harry’s perspective (Obviously, hence why the series is referred to as Harry Potter).

The twins are already fun to read about in the books, and we are offered glimpses as they build up their joke shop, but I also want more. After they fly out of Hogwarts in Order of the Phoenix, what did they do? They already had a space for their shop, but what did they do to find the space and obtain it?

Maybe this is just because I’m interested in learning about how businesses build themselves from the ground up, but I would love a story that focuses on the Weasley twin’s as they go through the trials and tribulations of starting their business. 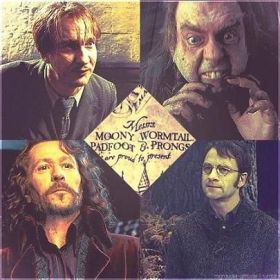 Speaking of mischievous characters, the Marauders (the name of James Potter, Sirius Black, Remus Lupin and Peter Pettigrew’s friend group back in the day), are another group of friends I would love to hear more about. From hearing how the Marauder’s Map was made, the rivalry with Snape, and the love story of James Potter and Lily Evans, there is so much to learn about when it comes to this group of friends. We are given some back story through out the series about the Mauraders as is necessary to Harry, but there’s still so much to explore here.

It would be interesting to see a series where there’s either a book dedicated to each character or a story told from multiple perspectives, there are many ways to develop and tell this story.

If you have any ideas of your own, or want to tell me which of these ideas are your favorites, feel free to comment down below!

Thanks for reading, and I will see you tomorrow for a new post!